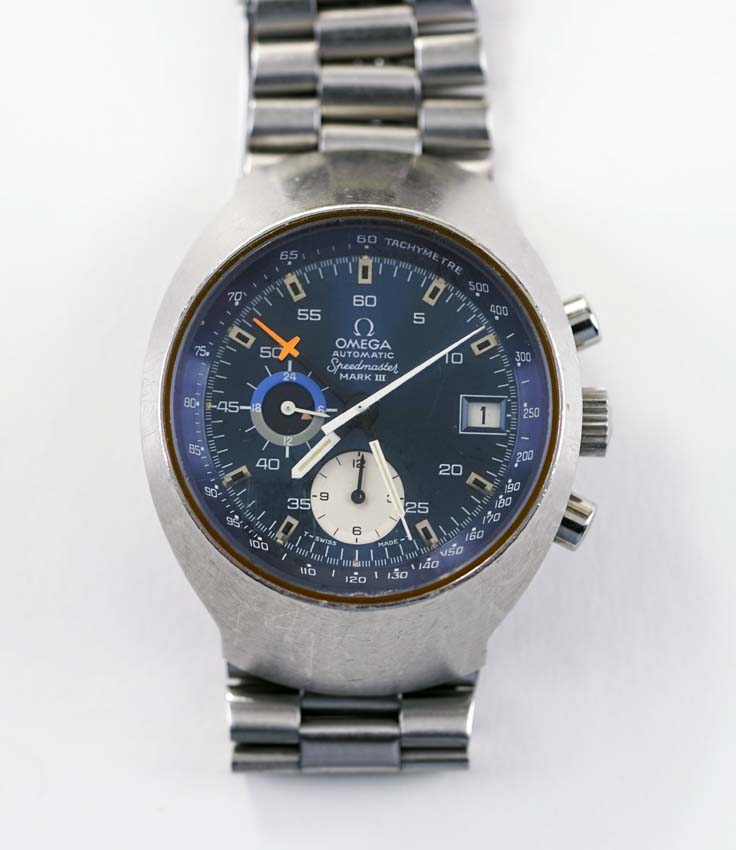 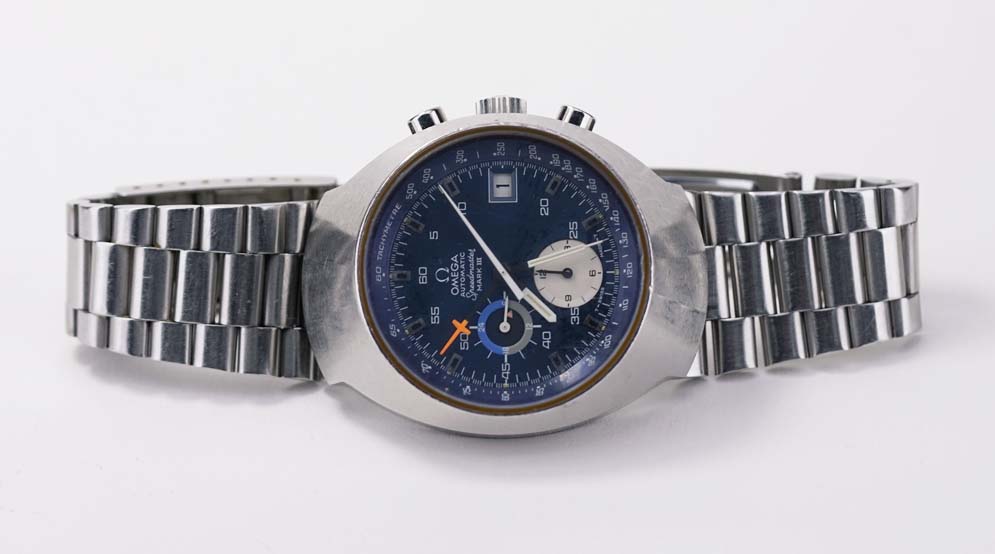 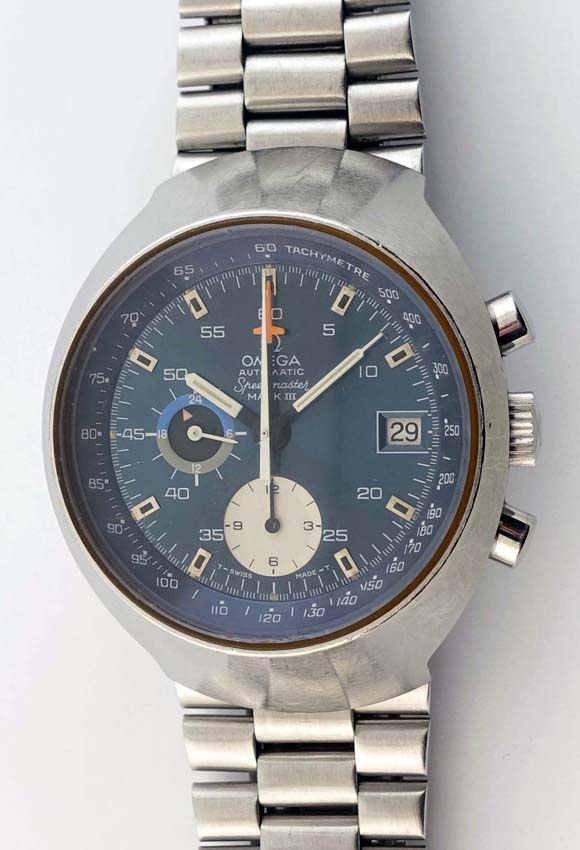 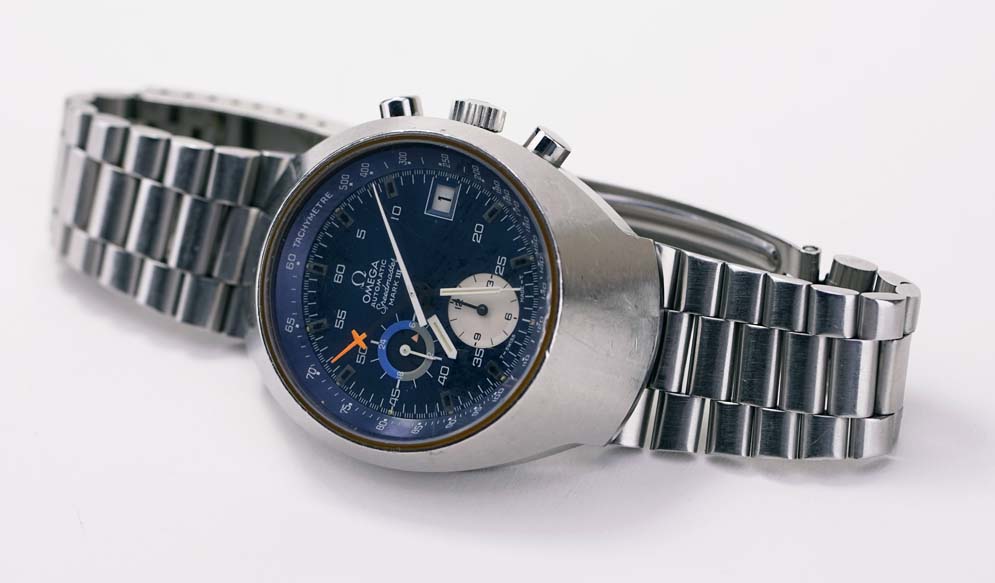 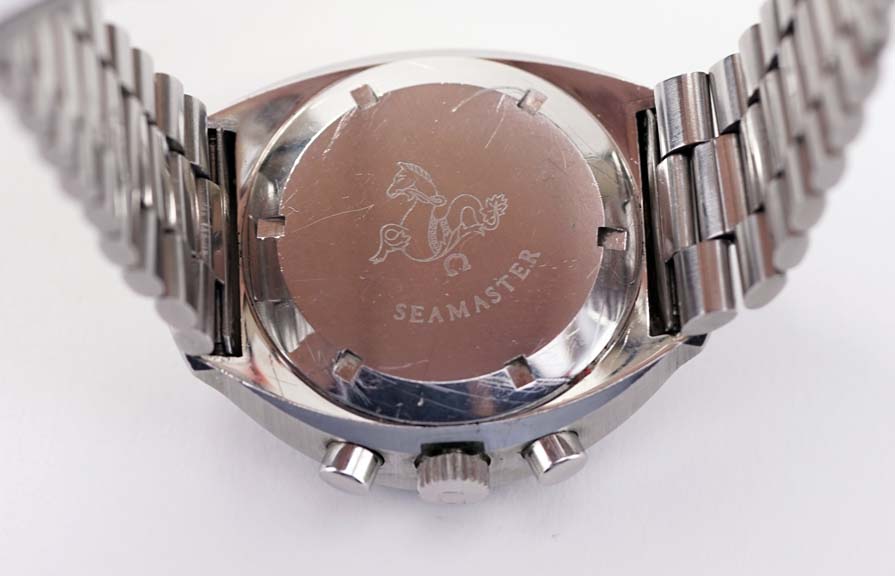 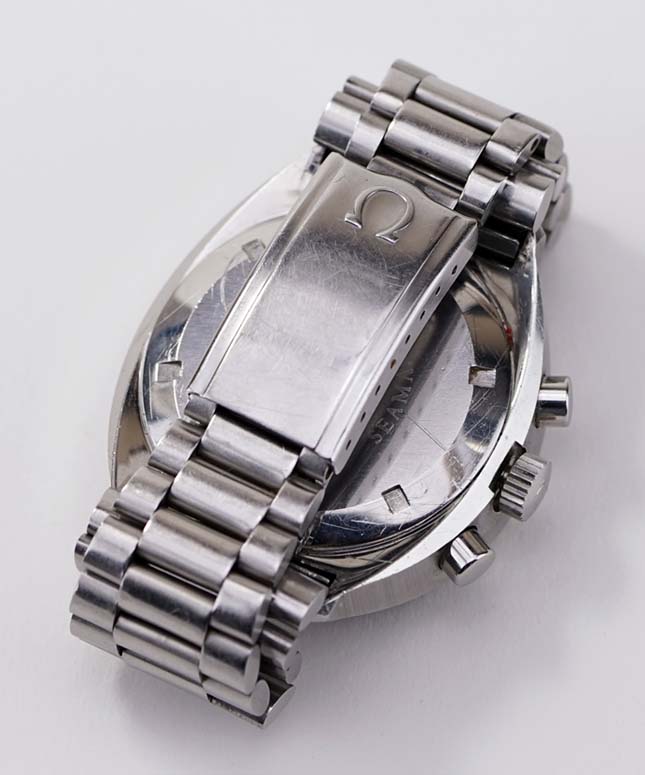 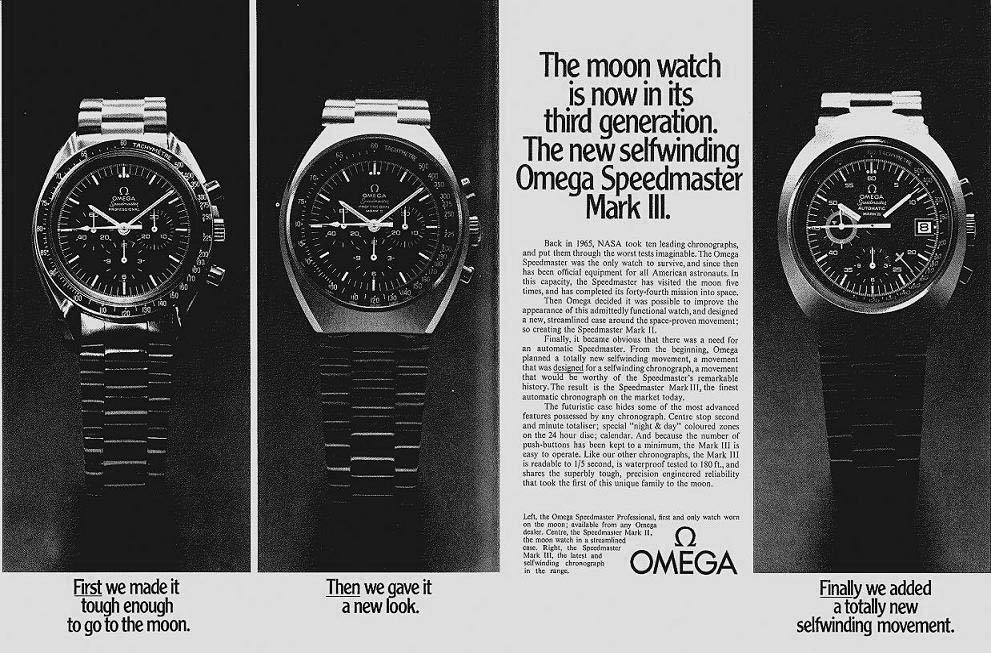 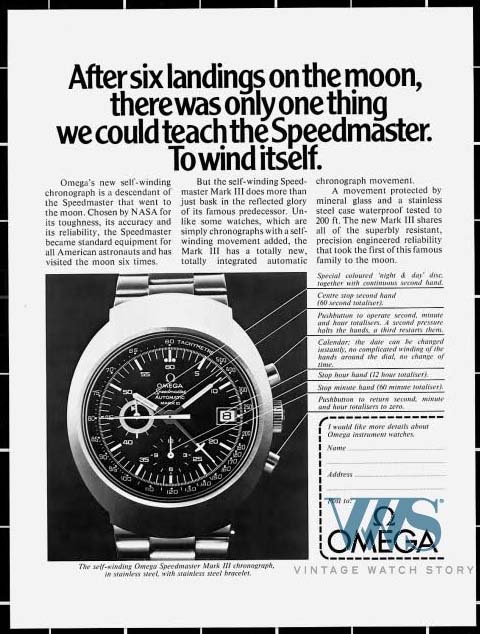 In 1971, Omega launched the Speedmaster Mark III. This was the first automatic chronograph produced by Omega. Following the introduction of automatic chronographs by Zenith, Breitling, and Heuer, Omega set out to launch their own version. With a huge Caliber 1040/Lemania 1340 movement and a MONSTER stainless steel case to house it, this Mark III certainly broke the traditional Speedmaster mould. Take a look at the last two photos to see some of Omega’s original advertisements for the Mark III.

Nothing says says “1970’s timepiece” like a heavy funky case. Omega referred to this style as “anatomic” since it was designed to conform comfortably to the wrist and be easily read. This massive chunk of steel measures 41mm across and 15mm thick at its highest point. The finish is completely original, 100% untouched by us other than an ultrasonic bath. It features its original mineral glass crystal as well as its original pushers and signed Omega crown. The screw on caseback features the signature Speedmaster Hippocampus.

The Mark III was produced in a few different colors, but the blue is definitely the most desirable. This one has a wonderful rich blue dial with plenty of multicolored accents. The markers are applied faceted stainless steel. This one also features a date window at 3 o’clock.

The watch comes on its original stainless steel bracelet with a signed Omega folding clasp.

The watch has been used and shows it. BUT it currently runs well, and all chronograph functions work as they should. It was recently serviced, but NOBODY has ever tried to make it look pretty.

The photos you see are of the watch in its current, unrestored condition.